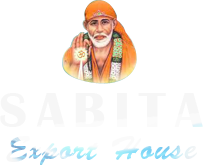 
A rich source of niobium and tantalum, Rutile Flour is extensively used for Welding Electrode fabrication. We are a well-known name as Rutile Flour Manufacturer, Exporter and Supplier in India. The Rutile Flour that we bring forth is accurately prepared by the experts at our sophisticated unit. Also, the Rutile Flour is tested for desired chemical properties and usability in different industrial segments.